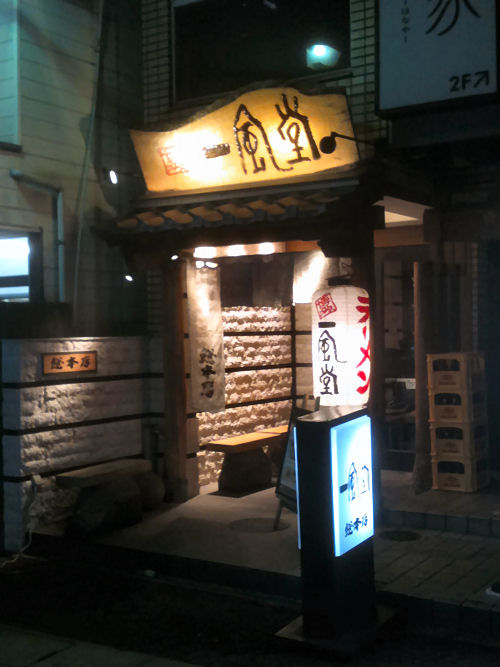 Most people living in Japan know that Hakata ramen (ramen from Fukuoka) is the most famous variety in the country. Oily, thick tonkotsu (pork bone) broth, fresh noodles, mounds of meat and ingredients on top–it’s not your typical Cup O’ Noodles.

Hakata Ippudo is one of the most popular ramen shop franchises to come out of Fukuoka, with approximately 44 locations scattered throughout all of Japan, including most major Japanese cities. They have recently announced plans to open a shop in Taipei, adding to their lineup of overseas branches in Hong Kong, New York, Seoul and Singapore.

The first shop was opened in 1985 in Daimyo, a downtown Fukuoka district that, in recent years, has become the trendiest  spot in town. The name Ippudo (一風堂, the three characters meaning “single,” “wind” and [roughly] “hall/place”) was chosen because the founder wanted to fight stagnation in Fukuoka’s ramen business while expanding Kyushu’s delicious ramen to the world like a great, “single gust of wind,” changing the direction of the industry to match the changing times (taken from 「停滞していた福岡、そして九州のラーメン界に一陣の風を吹き込みたい、時代の変化に即した変革を起こしたい」).

Rather than traditional tonkotsu, shoyu, miso or other such varieties, Hakata Ippudo offers a selection of completely unique tonkotsu broths, the main two being the “white” broth and the “red” broth. You can also specify noodle firmness–in other words, how long they cook your noodles–to nine different degrees. In general, Hakata Ippudo is a safe bet if you’re looking for something good to eat, because despite their meteoric growth into a large company with a massive network of shops, they can still make a solid bowl of ramen.

More than anything, the fact that a local ramen shop could expand to become an international network of ramen restaurants gives testament to the strength of Fukuoka’s culinary and commercial culture, as well as to the perseverance of its people. Hakata Ippudo is certainly not Fukuoka’s best ramen–that title could be given to a wide number of candidates, all of which are single, local shops rather than chains–but it has played a key role in making Fukuoka’s fantastic ramen famous.

Whether you prefer Ippudo or a smaller, lesser-known ramen shop (which most Fukuokans do), you can’t deny that Hakata Ippudo has accomplished some amazing things in the business world and left a lasting impact on the ramen industry.

Ippudo’s main website is in Japanese only. Their New York branch’s site is in English.

1 Response to Hakata Ippudo: The Power of Fukuoka’s Ramen